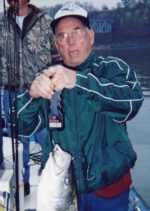 Willard “Buck” slipped from this world and his family on Monday, October 1, 2018 at his home in Otsego after a lengthy battle with cancer.

He was born May 27, 1932 in Otsego the son of Willard and Rose (Dawson) Harper. Buck was a lifelong resident of the area and had worked at Allegan Schools, Rockwell International, had his own business driving dump truck and at Valley Metal. He was a hunter and loved fishing, playing cards and spending time with his grandchildren and great-grandchildren.

He was preceded in death by his parents, daughter, Terry Ann Harper; sons-in-law, Carlos Campbell and Robin Caswell; siblings, Bernard Harper, Thelma Brooks and Tom Walters along with his good friend Ivan Spencer.

A memorial luncheon will be held at 2:00 P.M., Saturday, October 6, 2018, at the United Methodist Church of Otsego with an opening by Pastor Joe Shaler.

In lieu of flowers contributions in memory of Buck may be made to Wings of Hope Hospice or to support his granddaughter’s mission trip.