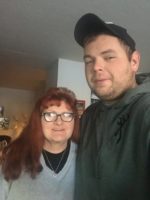 Trudy passed away Monday, November 11, 2019 at Bronson Hospital in Kalamazoo.

She was born August 15, 1955 in Otsego to Mary Lou Snyder and was adopted by her grandparents Clifton and Geraldine (Hildebrandt) Snyder. Trudy was a baker at the Grand Traverse Pie Company in Kalamazoo. She enjoyed coloring, trips to the casino and spending time with her son and taking trips to visit him.

She was preceded in death by her parents.

Contributions in memory of Trudy may be made her son Chuck to help with expenses.

Offer Condolence for the family of Trudy G. Groen