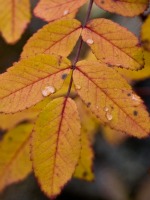 Tom was self employed in construction and built many Mobil and Shell gas stations all over Michigan. He was very artistic and good at repairing furniture, etc., enjoyed golf and bowling. Tom was an active member of the Otsego Moose Lodge, Legion of the Moose and also a member of the Otsego Elks. He was a member of the Michigan Army National Guard for over 20 years. After retirement Tom continued to remodel and paint homes for people in the Otsego area and in the Split Rail RV Park in Mission, TX.

Friends may meet the family from 2 to 4 and 6 to 8 P.M. Wednesday with a Moose Service at 7:30 P.M.at the Winkel Funeral Home, Otsego, where services will be held at 1:00 P.M. Thursday, Pastor Tim Secord officiating. Burial will follow at Mountain Home Cemetery, Otsego.

In lieu of flowers, contributions in memory of Thomas may be made to the Heart Center of Kalamazoo or West Michigan Cancer Center.

Offer Condolence for the family of Thomas J. Karkau