You are here: Home / Obituaries / Sharon A. Schrotenboer 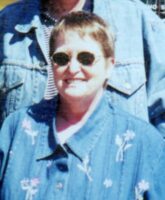 She was born August 2, 1944 in Allegan, the daughter of Charles “Bill” and Wilma (Reed) Cushman. Sharon had been a long haul truck driver before working as a nurse’s aide in several Otsego area nursing homes and most recently for several nursing homes in the Holland area. She enjoyed riding motorcycles, collecting teddy bears and painting. Sharon was a member of the Otsego VFW Post #3030 Ladies Auxiliary.

She was preceded in death by her parents.

Burial of ashes will take place at Mountain Home Cemetery in Otsego.

Contributions in memory of Sharon may be made to the Alzheimer’s Association.

Offer Condolence for the family of Sharon A. Schrotenboer