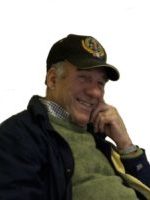 He was born December 22, 1933 in Martin, the son of Henry and Edith (Lowery) Predum. Russ proudly served his country in the U.S. Army during the Korean War. For more than 40 years he had worked at James River Paper Mill and retired as an electrician. He was also active with the union and had served as the President.

Friends may visit with Russ’ family starting at 10:00 A.M., Thursday, June 6, 2019 at the Winkel Funeral Home, Otsego, until the time of the funeral service at 11:00 A.M., with son-in-law, Chuck Valkner officiating.

Contributions in memory of Russ may be made to Otsego American Legion Post 84 or to Rose Arbor Hospice.

Offer Condolence for the family of Russell D. Predum