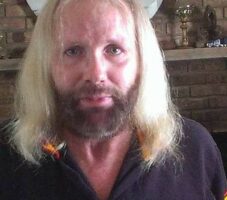 He was born July 17, 1962 in Alma, the son of Robert and Hazel (Edwards) Lewis. Rod was an Otsego High School graduate and for 20 years worked at Kalamazoo Steel Processing. Rod had a very dry sense of humor and in his free time enjoyed riding motorcycles and tinkering with cars. He was a member of the Otsego Moose Lodge and loved his dogs.

He was preceded in death by his parents and brother, Bob Lewis.

Contributions in memory of Rod may be made to the Lupus Foundation of America.

Offer Condolence for the family of Rodney J. Lewis