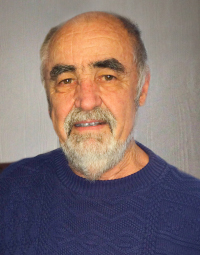 A service celebrating the life of Robert Franklin Powers will be held at 11:00 am on Tuesday, April 19, 2022 at the Otsego United Methodist Church. Pastor Joe Shaler officiating.

Bob was born to Donald and Eva (Corrie) Powers on May 4, 1938 in South Haven, Michigan. In 1950 the Powers family relocated to a farm just north of Otsego and Bob graduated from Otsego High School as part of the class of 1956. On November 20, 1959 he married the love of his life, Brenda Grauman and together they raised four children.

Although he was a man of few words and a bit of a solitudinarian, Bob was a great presence in the lives of those he loved. He will be missed immensely by the family who felt his constant calming presence; witnessed his example of a powerful, loving marriage; were the recipients of his never-ending patience, and were on the receiving end of his dry sense of humor and good-natured practical jokes.

Robert was preceded in death by his parents, his wife Brenda, brothers James, Ron and Don.

Bob and Brenda’s adopted pets brought a great amount of pleasure and comfort to their lives. For those wishing to make a contributions in memory of Bob please consider the Pet Resource Network of Otsego or to Christian Neighbors.

Offer Condolence for the family of Robert Powers