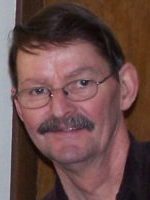 He was born September 10, 1950 in Plainwell the son of Richard and Helen (Minegar) Brewer. Rick was a 1969 Plainwell High School graduate. He had worked at Allegan Tubular Products for 23 years until his retirement in 2013.

Rick loved cars which started with his ’72 Dodge Demon. He also enjoyed hill racing with his motorcycles, big and small tractors, telling family stories and having the newest TV or stereo.

On October 4, 1969 in Otsego he married Connie Lanz who survives.

He was preceded in death by his parents and step-sister, Rita Jacobs.

Contributions in memory of Rick may be made to the American Cancer Society.

Offer Condolence for the family of Richard R. Brewer