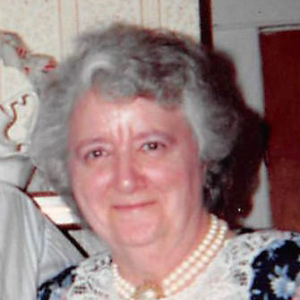 She was born November 28, 1930 in Lawrence, the daughter of Roy and Della (DeMoss) Root. Reba graduated from Lawrence High School in 1949 and graduated from the Borgess School of Nursing. She was a Registered Nurse for area doctors and had worked at Gillmore Department Store until it closed.

Reba was happiest when surrounded by her family and loved them very much. On July 11, 1953 at St. Augustine Catholic Church in Kalamazoo she married William Pearson who survives.

She was preceded in death by her parents, sisters, Ruby Gray and Ruth Theirjung and brothers, Roger and Ronald Root.

Friends may visit with Reba’s family starting at 10:00 A.M., Saturday, October 19, 2019 at the Winkel Funeral Home, Otsego, until the time of the funeral service at 11:00 A.M. with celebrant MaryAnn DeVries officiating.

Contributions in memory of Reba may be made to Southern Care Hospice.

Offer Condolence for the family of Reba M. Pearson