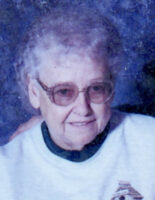 She was born June 22, 1939 in Plainwell, the daughter of Everett and Beulah (Pike) Wiggins. Phyllis was a 1957 graduate of Plainwell High School and lifelong resident of the area. She worked as the secretary to the superintendent of Gobles Public Schools until her retirement in the early 80’s. Phyllis enjoyed quilting, knitting and crocheting.

She was preceded in death by her parents; son, Norman A. Jones; grandson, Ryan Dekker and siblings, Terry, Martha, Marion, Wayne, Everett and Buddy.

Contributions in memory of Phyllis may be made to the SPCA.

Offer Condolence for the family of Phyllis J. Jones