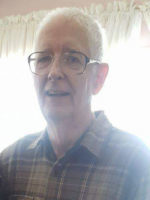 Pete passed away Friday, August 9, 2019 at Ely Manor in Allegan.

He was born September 7, 1948 in Grand Rapids the son of James and Eva (Oliver) Bax. Pete proudly served his country in the U.S. Army and continued his service until his retirement. Pete loved cars especially Porsches and was lovingly known as Porsche Pete.

In his free time he enjoyed metal detecting and treasure hunting. He was a member of the Seventh Day Adventist Church of Otsego. On January 6, 1974 he married Dorothy Throop who survives.

He was preceded in death by his parents and great-granddaughter, Olivia Newsome.

Contributions in memory of Pete may be made to the Seventh Day Adventist Church of Otsego.

Offer Condolence for the family of Peter L. Bax