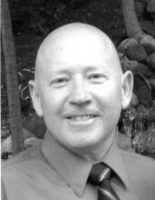 He was born February 9, 1962 in Kalamazoo, the son of Ramon and Karla (Rowley) Zantello. Mike graduated from Western Michigan University and had worked at Cook Nuclear Power Plant in Bridgman for many years.

He loved riding motorcycles, woodworking, working outside, running, bicycling, kayaking and had taught himself to play the guitar.

In May of 1997 in Portage he married Susanne Bellgraph who survives.

A memorial service will be held at 11:00 A.M., Monday, October 28, 2019 at the Winkel Funeral Home, Otsego, with celebrant Bill Rose officiating.

Burial of ashes will take place at Mountain Home Cemetery, Otsego Township at a later time.

In lieu of flowers contributions in memory of Mike may be made to the West Michigan Cancer Center.

Offer Condolence for the family of Michael S. Zantello