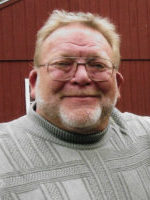 Mike passed away Saturday, December 22, 2018 at Borgess Medical Center in Kalamazoo from complications of heart and kidney failure and COPD.

He was born on August 12, 1947 in Plainwell, the son of Elwin and Virginia (Campbell) Bronson. Mike proudly served his country in the US Marine Corps during the Vietnam War where he received a Purple Heart Medal. For many years he had worked at Parker Hannifin.

Mike was a devoted Detroit Lions and Tigers fan and enjoyed motorcycles, wood carving and model planes. He was also active in the VA program for those suffering from PTSD, he received help for himself and he was able to be a mentor for others.

On April 11, 2006 he married Judith Hiemstra who survives.

Also surviving are his son, Paul Bronson and granddaughter, Hollieh Bronson. Mike was cared for in his later years by Allison Whitmore who was like a daughter to him. He is the beloved brother to Mary (Randy) Lober and Sherri Bronson, Uncle to Joe (Kecia) Bronson and Sarah (Chris) Lake and great uncle to 5 great- nieces and nephews. He is also survived by his cat, Festus.

He was preceded in death by his parents and younger brother, Mark Bronson.

A memorial celebration and burial of ashes at Fort Custer National Cemetery will take place at a later time.

Contributions in memory of Mike may be made to the Vietnam Veterans of America.

Offer Condolence for the family of Michael D. Bronson