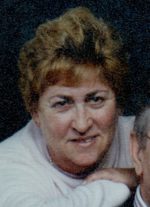 Lynne Joyce (Jenkins) Neal, 78, of Otsego, passed away of natural causes surrounded by loved ones on Friday, November 29, 2019.

Lynne was born in Boise, Idaho, the daughter of Earl and Ina Jenkins. She lived in several different states until she settled to southwest Michigan in 1969. She worked as a caretaker for the young and elderly, and was a proud mother of five daughters. She was married for 58 years to Donald Neal.

Lynne was a talented artist with a beautiful skill in painting. Outside of her art she enjoyed bowling, golfing, and spending time in nature. Her family will cherish their memories canoeing and camping in the boundary waters of Minnesota.

She is preceded in death by her parents Earl Jenkins and Ina (Lewis) Jenkins; brother, Leroy Jenkins; and grandson Neal Reeber.

Contributions in memory of Lynne may be made to the Humane Society.

Offer Condolence for the family of Lynne J. Neal