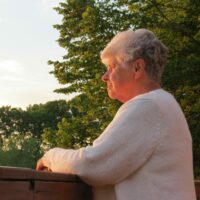 Louise Miller, age 85, passed away peacefully in her son’s home September 14, 2021 due to congestive heart failure. She was born August 6, 1936 in Three Rivers, Michigan to Eva and Henry Tregidgo. She eloped and married her high school sweetheart, David Cooper who preceded her in death. She married again to Larry Miller, who also precedes her in death. She felt very fortunate to be loved by these two special men. She always wanted a big family with lots of children and she fulfilled this wish. She had 7 children in her first marriage and later, she and Larry lovingly and successfully blended families to include his 4 children into one very large family.

She is survived by her sister, Jean Sult, sisters-in-law, Carolyn Sodini and Norma Miller; her four sons and their wives, Dave and Cathy Cooper, Scott and Kay Cooper, Jeff and Tammy Cooper; and Patrick and Shelly Cooper; five daughters, Chris Thompson, Janis and Ron Kenny, Deb Hale, Julie and Dave Davison, Val and Randy Adams, Bethany Brady; approximately 27 grandchildren and 34 great-grandchildren. She loved all deeply albeit struggled to keep up with all the birthdays!

Louise was raised in Three Rivers, Michigan. To the end of her life, she maintained special friendships with a group of gals who called themselves “the Crazy Eights”. They attempted to meet annually into her early eighties; she is survived by four of the “Crazy Eights”. These were her best girlfriends, and their caring support was of great comfort to her throughout her life.

She excelled in school and graduated at the top of her class. She was offered a full paid scholarship, but she wanted to have children and be a mother instead. Louise worked various jobs throughout her young life. First jobs included working at a bakery and a hospital ‘candy striper’. She was the sole baton twirler in the High School marching band and later in marriage she gave ‘baton’ lessons in her front yard.

She obtained her small plane pilots license and spent many hours in small planes with both husbands. One hobby was creating stained glass and she gave many beautiful memoirs still treasured by her family. She had great artistic talent but never the time to indulge. She was a successful realtor in Bradenton until her early 80’s when forced to resign after losing her sight. She loved helping people sell and buy homes. She was excellent at ‘decorating on a dime’ and these skills came in handy in helping people to stage their homes. She cared for her clients, and many kept in touch with her up until she passed.

She was a wise woman. She knew when to keep her mouth shut and let things take their course. One of her favorite sayings was “Things happen as they are supposed to happen”. When asked for advice, she gave it honestly, tactfully. She hated housework and cooking but a hard, no-nonsense, ‘get it done’ person in every other sense. She loved holding babies. She always had a “worry” going on with one of more of her children, including Larry’s children, who she considered as her own. She loved Hallmark movies but rarely sat still to watch them until she had no choice but to be sedentary. She was great with math, and it served her well in trying to manage a meager budget raising seven children with Dave Cooper.

She had six children by age thirty and this was no small challenge for them. Together they managed to raise seven successful, independent, caring children with good values. Louise was a beautiful woman until the day she died. She was very ‘down to earth’. She was a quiet person and somewhat reserved and this was often misinterpreted by others. She was very ‘fair-minded’, and not a prejudiced bone in her body.

She was the youngest of five children; it was not a close family. Perhaps that is why having a big, close family was so important to her. She advocated ‘forgiveness’ with those you love. Despite their individual differences, all her children worked together to support her and give her the loving care she needed so much after her 3rd stroke and loss of her second husband, Larry. Her children are grateful to have been part of a large family. The unique personalities, challenges, and experiences only a large family can provide has given us a different insight to those around us and has helped us to succeed in life. We didn’t have a lot of chores when we were little which would’ve lightened her load a lot. Her motto was: “You are only a child once; I want you to be able to be a child.”

Special thanks to all family members enabling our mother to stay at home with different families, effectively keeping her out of a nursing home. Louise worked hard, with admirable perseverance, to overcome the devastating effects of her 3rd stroke however the progressing congestive heart failure, advancing age and stroke impacts eventually took their toll. It was tough for everyone, especially Louise, who hated being dependent on anyone for anything. She greatly grieved the loss of Larry until she died. It gives us comfort that they are together again.

Special thanks for the wonderful caretaking crew that tirelessly loved and cared for our mother and cheered her up in her last days. They helped our family navigate this most difficult final journey and we are grateful. She will be dearly missed and forever in our hearts.

Offer Condolence for the family of Louise Miller