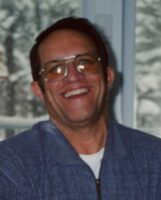 LeRoy (Lee) Fairbotham went to his home in glory on September 28, 2021. He was surrounded by his loving family at his home. Lee was born June 5, 1943, the son of Dale and Barbara Fairbotham who have proceeded him in death.

Lee was a graduate of Mason high school in Mason, Michigan. Following high school, he served eight years in the Army reserves. Lee was a journeyman stripper in the printing field for forty plus years. Upon retirement he and Louise, volunteered at Pioneers Mission organization in Orlando, Florida. In 2013, they traveled to Papua New Guinea doing mission work living with a tribe in the bush for two months. Lee enjoyed deer hunting, fishing, and snowmobiling and in his later years wood working. His greatest joy was spending time with his children, grandchildren, and great grandchildren.

His sister Susie proceeded him in death.

Lee had a special faith in the Lord which sustained him throughout his life. He lived out his Christian witness by showing love, joy, peace, patience, kindness, goodness, gentleness and acceptance to all. He did not fear death, but knew it was merely the transition from earth to his glorious eternal home. He truly loved others and lived by the maxim “Count it all joy”.

In lieu of flowers, donations can be given to Merson Church, Crossroads Christian Church (1400 10th St., Palmetto, FL 34221), Wings of Hope Hospice of Allegan, or a charity of choice.

Offer Condolence for the family of LeRoy Fairbotham