You are here: Home / Obituaries / Kevin A. Good 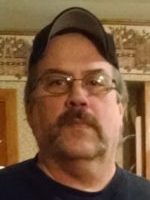 Kevin passed Wednesday, December 19, 2018 at Borgess Medical Center in Kalamazoo due to a brain aneurysm.

Kevin was born in Troy, Ohio on September 3, 1959 to Roger A. and Janet (Sotherland) Good. Kevin graduated in 1977 from Cripple Creek –Victor High School in Cripple Creek, Colorado. Kevin met his wife, Ronella (Wilheim) Good in Cripple Creek where they were married on July 18, 1981.

Kevin worked as a maintenance manager for the last 32 years at different large bakeries. In his spare time he enjoyed spending time with his family, fishing and dirt track car racing.

According to Kevin’s wishes cremation has taken place.

In lieu of flowers contributions in memory of Kevin may be made to the family.

Offer Condolence for the family of Kevin A. Good