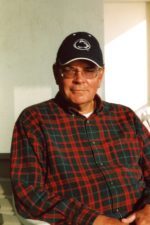 He was born August 3, 1942 in Cleveland, Ohio, the son of Lawrence and Thelma Dodge. Ken attended Penn State and Michigan State University and was a fisheries biologist for the Department of Natural Resources for 32 years until his retirement.

He was preceded in death by his parents and sister and brother-in-law, Elinor (Tom) Eberhardt.

Contributions in memory of Ken may be made to Hospice Care of Southwest Michigan or the charity of choice.

Offer Condolence for the family of Kenneth E. Dodge