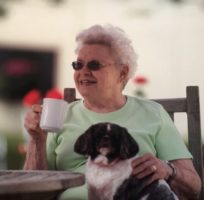 Kay passed away Saturday, February 1, 2020 at Bronson Hospital in Kalamazoo.

She was born October 25, 1925 in Otsego, the daughter of Charles and Emma (Hammenon) Lorenz. Kay was a 1943 Otsego High School graduate and longtime resident of the area. She was a founding member of the kitchen band at Friendship Village where she had lived for the last 10 ½ years. She enjoyed knitting and crocheting especially blankets and hats for newborns for area hospitals. Kay had been the organist at Temple Baptist Church in Detroit for many years. She was also a member at Calvary Bible Church in Kalamazoo and was active in supporting missionaries.  In 1947 in Alamo she married James Snider who passed away in 2005.

She was preceded in death by her parents, husband and sister, Martha Koehn.

Burial of ashes will take place at Alamo Center Cemetery at a later time.

Offer Condolence for the family of Katherine H. Snider