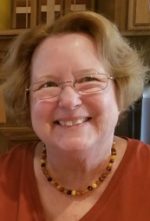 Karen Margaret Gentile died unexpectedly in her home in Plainwell, Michigan on Tuesday, April 2nd.  Karen was born on April 5, 1946 in Muskegon, Michigan, the daughter of Charles and Margaret (Schaefer) Gassman.  She graduated from Muskegon High School in 1964 and earned her Bachelor of Arts degree in Sociology from Michigan State University in 1967.  On July 8, 1967, she married Joseph F. Gentile in the MSU Alumni Chapel in East Lansing.

During her very active life, Karen was passionate about the arts and all things natural.  She dedicated her life to raising and supporting her children in their many interests – and then rededicating her life to bond with her grandchildren.  Since retiring to Plainwell with her husband in 2003, she was an active member of the Western Hills Garden Club, Michigan Garden Clubs, Inc., National Garden Clubs, Inc. and the National Wildlife Foundation.  She served in several executive positions in these organizations, including President, District III Director (with responsibility for over 20 western Michigan Garden Clubs) and Fourth Vice President.  In these capacities, she received several awards and commendations including being named a Life Member of the Michigan Garden Club and a Life Member of the National Garden Club.

Karen loved all sports, but particularly hockey, figure skating, football, baseball, and college basketball.  She was a voracious reader and a creative writer.  She completed a biography of her husband’s paternal immigrant grandmother, several narratives about her extensive travels, and was finishing her autobiography at the time of her death.  She also was an accomplished artist, specializing in water colors.  Her favorite paintings depict the flora and fauna of the Lake Doster area.

The family will receive friends from 2 PM until 7 PM on Tuesday, April 9, 2019 (and from 10 to 11 AM the next day for those traveling long distances) at the Winkel Funeral Home in Otsego, Michigan.  A Celebration of Life service will be held at 11:00 AM on Wednesday, April 10, 2019 at the Winkel Funeral Home.  In lieu of flowers, memorials may be given in Karen’s name to the charity of your choice, or to the Western Hills Garden Club, 89 South Lake Doster, Plainwell, Michigan  49080.  Please include in the memo line “Karen Gentile Memorial”.  Messages of condolence may be posted at www.WinkelFuneralHome.com.

Offer Condolence for the family of Karen Gentile