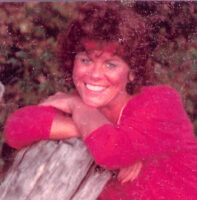 Joanie passed away Tuesday, December 1, 2020 at Vicinia Gardens in Otsego.

She was born October 4, 1938 in Otsego, the daughter of Everett and Dorothy “Dot” (Graham) Leighton. Joanie attended Otsego Public Schools where she displayed her mastery of the baton in her position as lead drum majorette in the Bulldog marching band. She marched in the Orange Bowl parade and was noticed by marketers who gave her a role in commercials and put her image on the packages of the Be-Mo Potato Chips. Joanie was active in 4-H and won several Grand Championships with her horses Dixie and Checkers at the Allegan County Fair and many other events.

She worked at Gibson Guitar in Kalamazoo and modeled with a guitar custom made for and presented to Elvis Presley. She loved music and dancing winning many competitions. She could be found dancing to classics up until she was called home by her Lord and Savior Jesus Christ.

On December 15, 1985 at Allegan Methodist Church she married the love of her life and best friend to the end James Curtis. They were active members of the Singapore Yacht Club in Saugatuck where they enjoyed many long friendships. They also shared a wonderful life with much travel, riding camels among the Pyramids in Cairo, sailing the Nile and enjoying many other destinations over the years. They retired to their home in Naples Florida until returning to Michigan when Joanie required treatment after being diagnosed with Alzheimer’s.

She was preceded in death by her parents and granddaughter, Amber.

Contributions in memory of Joanie may be made to the Alzheimer’s Association. Blessings of smiles and random acts of kindness done in her memory are also appreciated.

Offer Condolence for the family of Joan N. Curtis