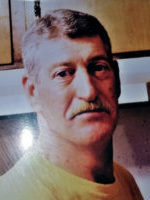 Jeff went to be with the Lord and reunited with his father and brother, Wednesday, January 2, 2019 at his mother’s home in Plainwell after a courageous battle with cancer.

He was born February 16, 1968 in Plainwell the son of Ron and Sue (Reed) Jackson-Shumaker. He had been a truck driver and a care giver at Plainwell Pines Nursing Home. Jeff was a nature lover with a gentle soul. He loved all animals and birds. He was a big jokester, an avid photographer and gardener and loved spending time with his family and traveling with his son.

He was preceded in death by his father; brother, Jason; grandparents, Adolph Reed and Bob and Betty Jackson; his uncles, Allen and Rick and aunt, Linda Jackson.

Friends may visit with Jeff’s family starting at 11:00 A.M., Friday, January 4, 2019, at the Winkel Funeral Home, Otsego, until the time of the funeral service at 1:00 P.M., with Pastor Mike Risner officiating.

Contributions in memory of Jeff may be made to the American Cancer Society.

Offer Condolence for the family of Jeffrey D. Jackson