You are here: Home / Obituaries / Jason A. Newman 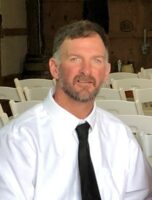 Jason was born March 6, 1973 at Pipp Hospital, Plainwell, Michigan. He was the son of Terri and Donald Newman. Jason grew up in Plainwell and graduated from Plainwell High School. He played baseball, soccer and football while at Plainwell and was on softball and soccer teams after graduation.

Although he loved all sports, Jason’s favorite sports were hunting and fishing. In 1994 he received an annual competition award from the Commemorative Bucks Association, for taking a record class trophy placing. Whitetail Deer – Non – Typical scoring 195 4/8. Additionally Jason spent a lot of time working on his demolition derby cars and racing at local derby events.

In addition to the many sports Jason loved, the one thing he didn’t like was doing them alone, always had at least one friend, if not more by his side. Jason was a huge presence in everything he did and he enjoyed every second of the moment.

Jason was preceded in death by his father, Donald Newman, grandparents and Uncle, Jack Simons.

In addition to family, Jason is survived by many friends, which also included those he worked with at Perrigo. Working at Perrigo for 28 years, he built relationships that went far beyond coworkers. Jason was a smack talker, prankster, confidant and was always willing to help when the need was there.

Burial of ashes will take place at a later time.

Contributions in memory of Jason may be made to Gryphon Place of Kalamazoo.

Offer Condolence for the family of Jason A. Newman