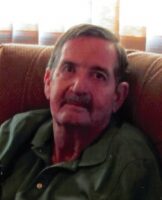 He was born May 3, 1947 in Flint, the son of John and Mildred (Rider) Wolverton. Jim was a graduate of Grand Blanc High School and went on to earn a BS and MBA from Western Michigan University. He was a retired accountant. He had owned his own tax accounting business, taught at both KVC and WMU and worked at several area companies. Jim was a proud member of the Pokagon Band of Potawatomi Indians. Jim always valued time spent with his family, especially at the family cottage at Houghton Lake where he had been going since he was a young boy. On December 28, 1976 in Portage, he married Barbara Dobbie who survives.

According to his wishes cremation has taken place. No services are planned at this time.

Contributions in memory of Jim may be made to the Otsego Public Schools Foundation.

Offer Condolence for the family of James M. Wolverton