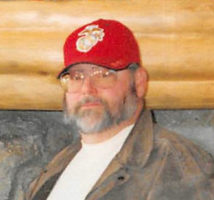 He was born November 22, 1949 in Three Rivers, the son of Malcolm and Clarabele (Belden) Anderson. James served his country in the U.S. Marine Corp. during Vietnam. He worked at Plainwell Paper until it closed and then at Perrigo until his retirement. James was a member of the NRA and enjoyed playing video games.

Contributions in memory of James may be made to the Disabled American Veterans.

Offer Condolence for the family of James L. Anderson