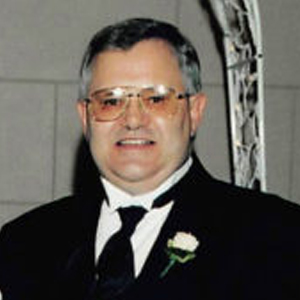 Glenn passed away Wednesday, September 11, 2019 at Rose Arbor in Kalamazoo.

He was born July 8, 1947 in Alma, the son of Joe and Althea VanderVeen. Glenn proudly served his country in the U.S. Navy during the Vietnam War. For 37 years he worked at Parker Hannifin until his retirement in 2006. Glenn enjoyed collecting political buttons, volunteering with the veterans at the Allegan County Fair, going to Tigers games and fishing. Glenn loved spending time with his grandchildren and family.

He was preceded in death by his parents, son-in-law, Alvin Frisch and sister, Betty.

Friends may visit with Glenn’s family from 5-7 P.M, Sunday, September 15, 2019 at the Winkel Funeral Home, Otsego where a funeral service will take place at 11:00 A.M., Monday, September 16, 2019 with Pastor Kevin Smith officiating.

Contributions in memory of Glenn may be made to the Vietnam Veterans of America or the Otsego VFW Post #3030.

Offer Condolence for the family of Glenn J. VanderVeen