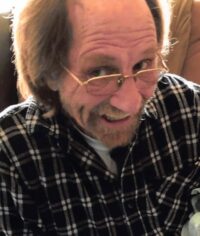 Garry D. Hesser of Gobles, MI passed away Thursday, May 19, 2022 at Rose Arbor Hospice, surrounded by his family. He was born July 21, 1957 in Kalamazoo, the son of Jackie and Violet (Thompson) Hesser. As a young man Garry worked with his father as a painter, for 10 years at Parker Hannifan and most recently was a truck driver for Brookside Farms in Bloomindale. Garry loved to tinker and enjoyed fixing things, especially small engines. He liked woodworking, fishing, camping, Bible study, listening to music and researching on the computer. Garry was a member of Journey Family Church and enjoyed volunteering several days a week and was active with SALT Ministry serving his community. Garry had an infectious laugh and a God given sense of humor that was a blessing to all his family and friends and will never be forgotten. Garry kept himself and his family motivated with his positive outlook on life, even throughout the toughest times.

According to his wishes cremation has taken place. Friends may visit with Garry’s family starting at 10:00 A.M, Wednesday, May 25, 2022, at the Winkel Funeral Home, Otsego, until the time of the memorial service at 11:00 A.M., with Pastor Gary Napp officiating. Burial of ashes will take place at St. Margaret Cemetery at a later time.

Contributions in memory of Garry may be made to Journey Family Church.

Offer Condolence for the family of Garry D. Hesser