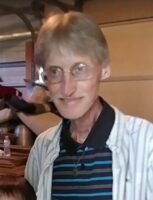 He was born November 4, 1964, the son of Carl and Barbara (McNees) Patrick. For 25 years Doug was a custodian for Allegan Public Schools until his retirement. He loved being outdoors. Doug was an avid gardener and enjoyed staying busy in his yard. Nothing made Doug happier than spending time with his grandchildren. On July 2, 1994 in Allegan he married Cindi McNees who survives.

He was preceded in death by his parents, Carl Patrick and Barbara Hinga.

Contributions in memory of Doug may be made to his family for expenses.

Offer Condolence for the family of Douglas T. Patrick