You are here: Home / Obituaries / Douglas A. Bunker 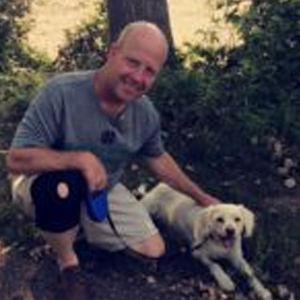 Doug passed away Saturday, September 7, 2019 at his home in Kalamazoo.

He was born October 24, 1962 in South Bend, Indiana, the son of Donald and Josephine (Fergusson) Bunker. Doug owned and operated Bunker Insurance Group in Otsego for over 20 years. Doug loved playing and coaching baseball and enjoyed following Notre Dame Football and the Chicago Cubs.

On September 28, 1991 at Allegan Congregational Church he married Julie Cook who survives.

Also surviving are his daughters, Brianna Bunker of Kent City and Kaylee Bunker of Otsego; sister, Gail Van Polen of Allegan; several nieces and his dog Peanut, who was like a son to Doug.

Contributions in memory of Doug may be made to Kalamazoo Christian Schools.

Offer Condolence for the family of Douglas A. Bunker