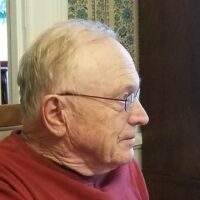 Donald M. Flower of Martin, MI passed away Monday, November 23, 2020 at his home. He was born August 10, 1936 in Kalamazoo, the son of Morris and Dorothy (Busman) Flower. He worked for 40 years at Allied Paper in Kalamazoo until its closure. He then worked for Stryker Medical until his retirement. Don was a soft spoken, good man who would listen to all sides before forming an opinion. In his spare time he loved hunting and fishing. He was a long time member of the Martin Village Council and was a member of Lions International since 1974. On April 11, 1964 in Gary, Indiana, he married Deanna Denslaw who passed away in 2013.

Surviving are his son, Bradley (Mandy) Flower of Texas and 2 grandchildren, Nathan and Olivia Flower. He was preceded in death by his parents and wife.

According to his wishes cremation has taken place. A memorial will be scheduled at a later time.

Contributions in memory of Don may be made to Lions International.

Offer Condolence for the family of Donald M. Flower