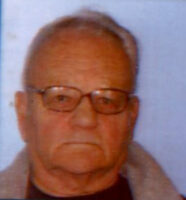 Don passed away Monday, November 16, 2020 at his home in Kalamazoo.

He was born March 2, 1935 in Kalamazoo, the son of Harold and Nina Mae (Bixler) Shumaker. Don grew up in Plainwell and graduated in 1953. He proudly served his country in the U.S. Air Force during the Korean Conflict. For many years he owned and operated A-1 Disposal from 1967-1979. Don enjoyed being around people and was a member of the American Legion and Otsego Elks. On February 8, 1958 at Plainwell United Methodist Church he married Virginia Montague who survives.

He was preceded in death by his parents and siblings, Richard and Kenneth “Jack” Shumaker.

Burial of ashes will take place at Fort Custer National Cemetery in the spring.

Contributions in memory of Don may be made to Hospice Care of Southwest Michigan.

Offer Condolence for the family of Donald K. Shumaker