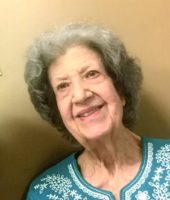 Cecilia was born December 11, 1930 to John and Marcia Ferreira in Portugal. Raised on the Azores Islands, she found love with an American serviceman. Cecilia married Richard Lutz on December 30, 1954 while he was stationed in the U.S. Air Force. She came to the United States to raise her family and lived a long life of adventure, strength, love and determination. Cecilia was an extremely accomplished seamstress and owned and operated Cecilia’s Alterations out of her home. She enjoyed shopping, traveling and gardening.

She was preceded in death by her husband Richard in 1995.

Burial of ashes will take place at Fort Custer National Cemetery at a later time.

Contributions in memory of Cecilia may be made to Kindred Hospice of Portage.

Offer Condolence for the family of Cecilia Lutz