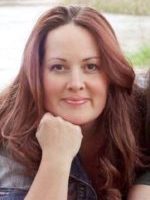 Amy passed away Wednesday, May 22, 2019 from injuries sustained from a car accident in Colorado along with her close friend Cody Nozhackum.

She was born November 24, 1974 in Kalamazoo the daughter of Thomas and Jane (Haynes) Cole. Amy was a 1993 Martin High School graduate and had worked as a CNA in many area nursing homes. After raising her children she moved to Colorado and was working toward her paramedic license. She was a wildland firefighter which was her greatest career accomplishments.

Amy had an adventurous spirit and a giving heart. She enjoyed traveling, wide open spaces and taking mission trips and helping the people on reservations. Amy was an animal lover and had taken in many dogs over the years, each one holding a special place in her heart. She had a deep faith and was a child of God.

On December 23, 2005 at Trinity Baptist Church in Kalamazoo she married Neil Misner who survives.

She was preceded in death by her father, Tom Cole, grandmother, Dorothy Nunnery and grandfathers, Ike Haynes and Willis Allen.

Contributions in memory of Amy may be made to Children’s Cancer Research.

Offer Condolence for the family of Amy Misner